By Sibani Ram, The Chronicle 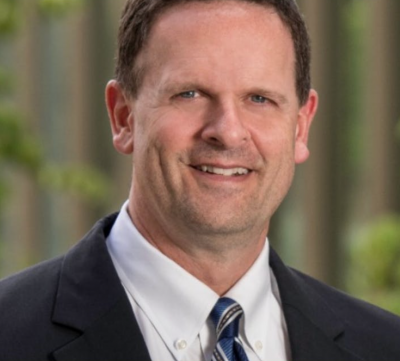 Gerald Grant, Trinity’ 89, will become the chair of the department of neurosurgery at the School of Medicine on April 1. Photo courtesy of Stanford Medicine.

The Chronicle spoke with Grant about how he discovered a passion for neuroscience, his experience serving in the U.S. Air Force and the Duke experience that has shaped his life to this day.

This interview has been edited for length and clarity and was originally published by The Chronicle, Duke University's independent student news organization, on March 18, 2022.

The Chronicle: You’ve studied and trained extensively on the West Coast.  What was the biggest reason that you chose to come back to Duke after serving as chief of pediatric neurosurgery at Stanford?

Gerald Grant: I have and always will be a loyal Dukie since my undergraduate days at Duke and the genuine desire to give back to this great institution. As chair of neurosurgery at Duke, I will also have the opportunity to have a greater impact on Duke medicine and the neurosciences on a larger scale.

Duke has always felt like home, and even being back here to visit over the last few months to warm up to my start date has felt so natural. In some ways, I feel like I never left Duke. I have interviewed prospective applicants to Duke every year since I graduated and have come back twice a year for basketball games. I also was invited back to campus often by [Duke Linguistics Program Chair] Edna Andrews to speak at the FOCUS group, which I have really enjoyed, to talk about translational neuroscience.

It almost feels like my destiny to be back at Duke in this role as chair and I am delighted that [School of Medicine Dean Mary Klotman] had the confidence in me to recruit me back to Duke to lead the department of neurosurgery. Duke is such an amazing place to partner with other leaders across the campus to develop our vision for establishing translational centers of excellence across neuroscience.

TC: Who was the most influential person you met as an undergraduate at Duke and how does that person inspire you to this day?

GG: There is no question that [men’s basketball head coach Mike Krzyzewski] was the most influential person I met as an undergraduate. I keep a basketball in my office given to me with his inscription: “Follow your heart,” and I have lived by that motto ever since.

I am following such great leaders of neurosurgery at Duke to accept the baton from our current chair,  Allan Friedman [Guy L. Odom distinguished professor of neurosurgery], who recruited me here at Duke from 2006 to 2013.

I was also commissioned as a Second Lieutenant in the U.S. Air Force before I graduated from Duke in the Health Professions Scholarship Program, and Coach K was a major influence on that decision as well. I have always appreciated the importance of character, the power of what we could accomplish as a team and recognizing the contributions of everyone on the team. Coach K’s words of wisdom will always be in my heart.

TC: You once said that “[your] approach is to treat every child like [your] very own.” How has this influenced the research you’ve chosen to pursue over the years?

GG: As a pediatric neurosurgeon, I have always tried to care for the child or family member as my own. When taking care of children, I feel it is so important to talk to the child and keep them the most engaged member of the team. Through chronic illness and cancer, these children and young adults are some of the most resilient people you will ever meet. We also are humbled by the purity of their desire to get better and just to be a kid again. We are reminded every day that we still need to advance translational science to innovate and make new discoveries which will ultimately impact the patients we treat. My basic science laboratory has focused on the blood-brain barrier in cancer to find ways to deliver targeted therapy to brain tumors but can be valuable for other diseases as well.

GG: I have always loved neuroscience. When I was an undergraduate at Duke, there was not yet a formal major in neuroscience, so we majored in zoology and biological psychology to get a certificate in neuroscience. It feels like yesterday when I was in the basement mapping out the hindlimb recording neuronal motor units in the motor cortex in rats with [Professor Emeritus of Psychology] Robert Erickson. This experience opened the path for me to become a physician scientist.

As an undergraduate, I shadowed a pediatric surgeon, [Professor Emeritus of Pediatric Surgery] Howard Filston, which had an influence on my passion for taking care of children. In medical school at Stanford, I was fascinated most with neuroscience and shadowed Gary Steinberg, a neurosurgeon, and worked in his cerebrovascular laboratory since day one. I feel at “home” in the operating room and every case energizes me to strive to be the best we can be and as Coach K advised: to follow my heart. It is such a privilege to be a neurosurgeon, and I love what I do.