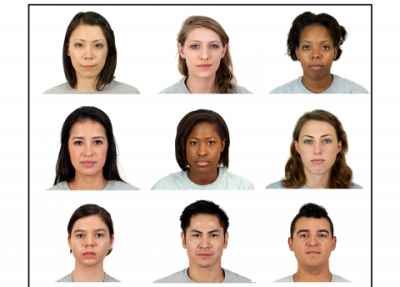 DURHAM, N.C. -- You enter a room and quickly scan the crowd to gain a sense of who’s there – how many men versus women. How reliable is your estimate?

Not very, according to new research from Duke University.

In an experimental study, researchers found that participants consistently erred in estimating the proportion of men and women in a group. And participants erred in a particular way: They overestimated whichever group was in the minority.

“Our attention is drawn to outliers,” said Mel W. Khaw, a postdoctoral research associate at Duke and the study’s lead author. “We tend to overestimate people who stand out in a crowd.”

For the study, which appears online in the journal Cognition, researchers recruited 48 observers ages 18-28. Participants were presented with a grid of 12 faces and were given just one second to glance at the grid. Study participants were then asked to estimate the number of men and women in the grid.

The researchers also tracked participants’ eye movements. They found that participants looked more often at whichever group was in the minority – men or women.

All of this occurred very quickly -- during a glance of just one second, said co-author and Duke psychologist Scott Huettel.

“We should recognize that our visual system is set up to orient ourselves towards some types of information more than others,” Huettel said. “People form an initial impression very quickly, and that impression biases where we look next.”

Interestingly, the same tendency to focus on the outlier also extended to scanning other kinds of images.

In a second experiment, study participants were shown a grid of nature photos showing a variety of indoor and outdoor scenes. Participants consistently overestimated whatever type of scene appeared less often.

For instance, if a grid of 12 photos contained two outdoor scenes – say, a waterfall and a mountain range -- participants reported, on average, that the grid contained three such scenes.

In other words, the same behavior occurred whether people were looking at faces or scenes. That’s important, Huettel said.

“That fact that this occurs with indoor and outdoor scenes suggests that this doesn’t represent a social bias,” Huettel said. “It really has to do with a fundamental feature of human perception.”

And that built-in flaw in human perception suggests our quick judgments should be viewed with caution.

“Snap judgments are powerful,” Huettel said. “But they’re not perfect.”

Co-author Rachel Kranton, an economist, noted that as the research was coming together, she received an invitation to an economics conference including a photo from a past event.

The photo showed a meeting room full of mostly men, a situation Kranton frequently encounters at economics conferences. Kranton said she found herself scanning the photo for the presence of women -- and smiling in recognition.

“When human beings walk into a social situation, we immediately try to suss out the setting,” Kranton said. “We scan to see who’s there and how we fit in – that’s a common human experience. It’s one I’ve experienced many times.”

The research was supported by a grant from the National Institute of Mental Health (NIMH R01-108627; S.H.).