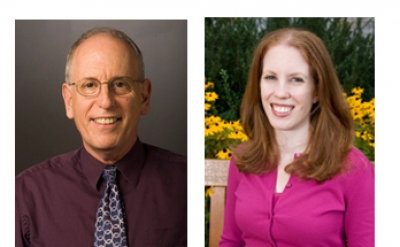 Duke researchers found that pre-teen girls may not be any better at friendships than boys.

In a Duke University study out Tuesday, researchers found that pre-teen girls may not be any better at friendships than boys, despite previous research suggesting otherwise. The findings suggest that when more serious violations of a friendship occur, girls struggle just as much and, in some ways, even more than boys.

The girls in this study were just as likely as boys to report that they would seek revenge against an offending friend, verbally attack the friend and threaten to end the friendship when their expectations were violated, such as telling one of their secrets to other children.

The girls also reported they were more bothered by the transgressions, felt more anger and sadness, and were more likely to think the offense meant their friend did not care about them or was trying to control them.

The study was co-authored by Julie Paquette MacEvoy, a former Duke doctoral student who's now an assistant professor at Boston College's Lynch School of Education, and Steven Asher, a professor in Duke's Department of Psychology & Neuroscience.

MacEvoy and Asher showed 267 fourth- and fifth-grade children 16 hypothetical stories in which they were asked to imagine that a friend violated a core expectation of friendship. These stories included a friend failing to hold up responsibilities in a joint school project, resulting in a bad grade for both friends, and a friend shrugging off the seriousness of another friend's sick pet, saying, "It's no big deal, it's just a pet."

"Previous research suggests that girls may hold their friends to a higher standard than boys do, which led us to think that girls might have an especially hard time coping if one of their friends does something to disappoint them," MacEvoy said.

Other studies have suggested that girls are better at friendships than boys because they are more emotionally intimate in their friendships, they help their friends more, and they more readily resolve conflicts with their friends.

Yet previous studies also found that boys' friendships last just as long as those of girls, boys are just as satisfied with their friendships as girls, and boys are no lonelier than girls.

The researchers wanted to test a possible explanation for this paradox: that girls have a particularly difficult time coping when a friend disappoints them.

"Our finding that girls would be just as vengeful and aggressive toward their friends as the boys is particularly interesting because past research has consistently shown boys to react more negatively following minor conflicts with friends, such as an argument about which game to play next," Asher said. "It appears that friendship transgressions and conflicts of interest may push different buttons for boys and girls."

The angrier they felt, the less likely they wanted to fix the relationship. But feelings of sadness actually motivated both genders toward reconciliation: The more sadness the children reported feeling, the stronger their desire was to want to solve the problem and maintain the friendship.

Sadness, the authors said, can sometimes function like "social glue" that holds relationships together.

The study has implications for how to help children maintain their friendships in a healthy way. This is especially true for girls when a friend is unreliable, doesn't provide emotional support or help, or betrays them, the researchers said.

"When we try to help children who are struggling in their friendships, we may need to focus on somewhat different issues for boys versus girls," MacEvoy said. "For girls, it may be critical to help them learn how to better cope when a friend lets them down."

The children in the study were representative of the regions in which they were located. The sample was also ethnically diverse: 49.3 percent Caucasian, 26.6 percent Latino, 21.5 percent African-American and 2.6 percent "other."

The study, "When Friends Disappoint: Boys' and Girls' Responses to Transgressions of Friendship Expectations," appears online Nov. 22 in the journal Child Development (http://onlinelibrary.wiley.com/journal/10.1111/(ISSN)1467-8624/earlyview). Print publication is scheduled for early 2012.