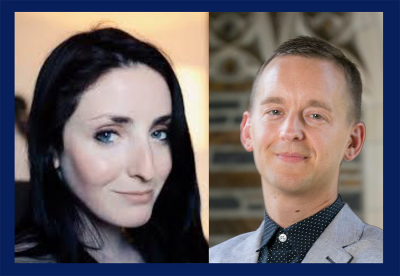 DURHAM, N.C. – For decades, psychologists’ study of emotional health and well-being has involved contrived laboratory experiments and self-report questionnaires to understand the emotional experiences and strategies study participants use to manage stress.

But those hundreds of studies may have taken for granted a pretty big complicating factor, argues a new study from Duke University and Dartmouth College.

The study, which appears March 12 in PLOS One, says the background level of anxiety a person normally experiences may interfere with how they behave in the lab setting.

“The paper is not saying all of this work is wrong,” emphasized first author Daisy Burr, a graduate student in psychology and neuroscience at Duke. “It's just saying, ‘Hey, there's this really interesting unknown here that we should all be examining.’ ”

Most of the research on emotional regulation has focused on two strategies: Reappraisal and suppression. People who are naturally more anxious tend toward suppressing these feelings or pretending them away, “but that’s kind of a surface-level technique that’s not going to have any long-term impact,” Burr said.

The reappraisal tactic has people face the stressor and try to change what it means to them – overcoming their fears – and that tends to be a little more long-lasting, she said.

Psychologists care about emotion regulation because it helps keep us all sane and on track.

“Emotion regulation is a buffer against the really negative effects that stress can have on your life,” Burr said. “Stress is always going to be there, but it doesn’t have to ruin your life.”

She and two colleagues taught Dartmouth undergraduates how to suppress or reappraise an emotional stimulus, and then put them through a standardized emotional regulation training protocol that has been used in hundreds of studies. For each set of stimuli, the participants were instructed to actively suppress or reappraise their response or simply to look at it without receiving any instruction.

As participants went through this set of stimuli, the researchers measured three physiological responses: Skin conductance (a measure of stress used in the polygraph test) and two sensors for the activity of specific facial muscles.

The three measures were then combined to create a “signature” for each test participant that captured when they were suppressing, reappraising or naturally engaging without instruction.

Researchers then compared response signatures for all 52 participants and found in the uninstructed situation where they weren’t told how to cope, people who were naturally more anxious were more likely to suppress. Those who were less anxious tended toward reappraisal.

While that all fits with what the research would predict, they also found that anxiety, not self-reported regulation strategies, predicted how participants were regulating.

“There’s a disconnect between how people are self-reporting their emotion regulation and how they’re regulating in the lab,” Burr said. “A person’s anxiety may be this more fundamental process or disposition that kind of overrides how you regulate, at least in unrealistic environments, such as in the lab,” Burr said.

And if that’s true, Burr said future research should explore this disconnect to better understand the right way to rely on self-report measures and how to realistically study emotion -- inside and outside the lab.

Part of the answer to this problem entails finding study methods that get out of the lab, which Burr and her Duke Ph.D. adviser Gregory Samanez-Larkin have already done.

They used text messaging during different times of the day to reach study participants where they are and assess their emotions in that moment. As a bonus, they can use these tools to study people outside the traditional demographics of lab studies: Undergraduate students who were enticed to the lab by coffee cards or extra credits in Psych 101.

Either way, more research is going to be needed. The paper has been shared as a pre-print since January and Burr said the feedback from her peers has been positive so far.

The study was supported by the Dartmouth College Department of Education.