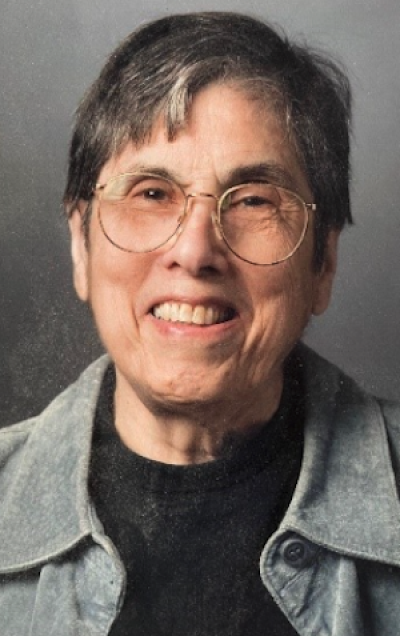 Lise Wertheimer Wallach passed away on November 7, 2021 at the age of 93.  Lise was a long-time, esteemed faculty member of the Psychology Department at Duke.   She was a deep thinker, inspiring teacher, and generous mentor.  In her research, she and her late husband Michael Wallach tackled big problems with important implications for the field of psychology and for improving society as a whole.

Lise was born on October 12, 1928 in Berlin, Germany, one of three children of the famous psychologist Max Wertheimer, a co-founder of Gestalt psychology.  Max and his family emigrated to the United States in 1933.  He was part of Jewish scientific diaspora in the 1930s and 1940s, when the rise of Hitler and the Nazi party threatened their very existence.  This diaspora invigorated American psychology as many distinguished researchers, including Max’s fellow gestalt psychologists Wolfgang Kohler and Kurt Koffka, came to this country.  Other notable psychologists who were part of this diaspora included Kurt Lewin and Erik Erikson.  Of course, distinguished scientists in other fields were also part of this diaspora, such as Albert Einstein, who was a friend and intellectual colleague of Lise’s father, Max.  Max and his wife Anni played chamber music with Einstein.  Thus, Lise’s childhood provided a very stimulating intellectual environment.  It is hardly an accident that both Lise and her brother, Michael Wertheimer, became psychologists, each with a deep appreciation of the history of our field.  Michael, now retired, was a long-time member of the Psychology Department at the University of Colorado at Boulder.

Lise attended Swarthmore College, graduating in 1949, and earned her PhD in developmental psychology in 1957 at the University of Kansas.  Lise went on to hold academic positions at Wellesley College, UNC at Chapel Hill, and Duke.  While at Wellesley, she met her future husband Michael Wallach, then teaching at Harvard.

Besides psychology, Lise had a strong interest in philosophy, and a very keen analytical mind.  She was drawn to foundational issues in our field, such as the nature of concepts, and how developmental change occurs.  The other strong theme in her research with her husband Michael was a commitment to social justice.  One of their key criteria for evaluating psychological research was  “ecological validity,” a term coined by Egon Brunswick.  What she and Michael meant by using this term was that research in psychology should have the potential to make a difference in the world beyond psychology itself.  To be clear, their commitment to ecological validity did not mean they felt that all research in psychology should be applied, because Lise and Michael were deeply committed to the value of basic research in our field.  Instead, they were concerned that research in psychology have the potential to make a broader contribution to the rest of science, and eventually to society as a whole.  Their commitment to ecological validity was inspiring for me and my fellow graduate students at Duke in the early 1970s, as we struggled with coming up with our own research ideas.

These two core themes in Lise’s thinking and research, foundational issues in the field of psychology and ecological validity, are abundantly evident in the main research topics she and Michael chose to pursue.  These topics are captured in the titles of books and articles that they published, including Psychology’s Sanction for Selfishness, Teaching All Children to Read, and Seven Views of Mind.  A fourth key research topic was a provocative critique of the field of social psychology as mainly investigating near-tautologies.

I (BFP) was one of Lise’s graduate students.   Lise also mentored Duke undergraduate students who went to make important contributions to psychology, including Mary Dozier, a Professor at the University of Delaware. Her work focuses on attachment problems in vulnerable families and how to remediate these problems.  Mary received an APA Lifetime Contribution Award for this work in 2019.  Her interest in vulnerable children can at least be partly traced to Lise, with whom Mary worked on understanding reading problems in disadvantaged children.  The co-author of this obituary is Bob Drake, who was mentored by Michael Wallach.  Each of us were deeply influenced by Lise and Michael in the research we have pursued.  We were both trained as clinicians at Duke, Bob as a psychiatrist and me as a clinical psychologist, but each of us have focused on foundational issues and ecological validity in our research and clinical work.  We hope that our own careers and the students we have mentored are a small tribute to our mentors Lise and Michael Wallach.  Their thinking continues to inspire us to this day.