After serving in the military during World War II, I learned that the VA was funding 200 positions nationwide in 22 universities leading to a PhD degree in clinical psychology. This was attractive to me and I pursued it by visiting the Central Office of the VA in Washington, D.C. Fortunately, just prior to signing a teaching contract, I received a telegram from Duke University accepting me into their program.

When I arrived in Durham in September 1946, I experienced an omnipresent smell of tobacco from the numerous tobacco storage facilities in and around the city. As a non-smoker, it took me a little while to adapt and to ignore the tobacco smell.

When I began my studies, the psychology faculty of Donald Keith Adams, Karl Zener, Joseph Banks Rhine, Helge Lundholm and Sigmund Koch were primarily academicians and experimental psychologists. To fill the absence of clinical expertise, Duke recruited experienced practitioners to join the faculty. These included Katherine Banham, Wally Reichenberg-Hackett , and Louis D. Cohen. Cohen had worked with prison inmates and had trained spies for the OSS during the war. Banham and Reichenberg-Hackett had careers working with children and were instrumental in establishing The Durham Child Guidance Clinic.

The five VA trainees in the program were hired as half-time employees of the VA. This salary supplemented our veterans’ benefits and made it possible for me to support my family. We were paid for meeting with veterans who came for help to our make-shift clinic near the University.

Our academic course work was enhanced by weekly attendance at the Duke Hospital psychiatry rounds where cases were presented by physicians in training to become psychiatrists. On campus we received instruction in the administration of intelligence tests and personality measures. We were exposed to emerging therapeutic efforts and to Freudian concepts and techniques. A major contribution to our understanding of therapy was provided by Bingham Dai, a faculty member and psychoanalyst.

The Psychology Deptartment held weekly colloquia at which visiting experts made presentations. At one such event, I was stimulated by a presentation which resulted in my plan for a doctoral study. The presenter had done some work with objects that fit together like jigsaw puzzle pieces. I hypothesized that there would be significant differences in the jigsaw-assembly behaviors of psychiatric patients and normal subjects. The criterion I planned to use to distinguish psychiatric and normal subjects were scores on the Minnesota Multiphasic Personality Test (MMPI).

I designed an apparatus to test this idea, and the machine shop fabricated the equipment in accordance with my design. There was a heavy turntable used to sequentially expose to the subject over 20 two-part jigsaw ‘puzzles’. The whole apparatus was portable despite its size. In the experiment I arranged the hidden jigsaw pieces on my side of the screen, turned the table and told the subjects on the other side as they were presented with the pieces, to "do the first thing which comes to mind.” At the beginning of the study the pieces fit together easily so almost all subjects quickly united the pieces. To counteract an obvious expectation of "unifying," I introduced some jigsaw pairs that did not fit together. This changes the response patterns and increased the observable difference between the groups. I learned from this experience that the theoretical expectation involved in designing an experiment must yield to the reality of the subjects' behavior. To recruit subjects I accumulated many miles of travel to the VA hospital in Fayetteville, and to a private psychiatric hospital in Asheville.

With help from statisticians available at Duke I was able to convert the subjects’ behaviors to scores that could then be statistically processed. My wife and I spent the summer of 1948 using electric calculators (Marchant and Friden) to see if the data supported the premise of the study. The statistical differences that were predicted were found.

I was honored by membership in both Sigma Xi and Phi Beta Kappa when I graduated in 1949 after three years of graduate study at Duke.

Shortly after I arrived in Maryland a "scandal" erupted over the apparent sale of medical licenses. In the furor over credentialing health professionals, the Maryland Psychological Association was able to arrange to have the legislature pass a law protecting the title "psychologist." I was very active in the legislative effort and was very visible in the legislature. I was elected vice- chair of the first Maryland Board of Examiners of Psychologists in 1958 and the following year was Chair of the Board.

I was active in the Maryland Psychological Association, was elected as President and participated for years in legislative matters relating to human behavior. I served one term on the APA Council of Representatives. I am a Diplomate in Clinical Psychology of the American Board of Professional Psychology.

In June 1966 I was recruited by the Dental School of the University of Maryland as Associate Professor in a new Department of Community Dentistry. One major component of that federally funded program was to enable “under privileged” students, mostly African-American, to enroll and succeed as graduates of the school - as dentists. I had a major role in recruiting the students, monitoring their progress, supporting their needs, and working with faculty to provide a welcoming environment. Although the University of Maryland is the oldest dental school in the world it had not enrolled African American students until this program was instituted.

I resigned in 1979 to develop my private practice. My private practice was far-ranging. In addition to psychotherapy with adults, I contracted with a bank to evaluate candidates for positions as future bank managers and with a large investment firm to evaluate future investment advisors. One of my most interesting contracts was with the Baltimore Gas and Electric Company, the operator of the Calvert Cliffs nuclear power plant, to provide a group of psychologists to organize and operate a psychological screening program for the large number of traveling craftsmen and technicians who, several times a year, were deployed during outages to conduct the maintenance and performance requirements. Our task was to detect individuals with potential threats of  disruptive behavior in order to maintain the highest possible level of security.

How has being a P&N graduate helped shape your professional success?

My Duke education was part of a nationwide movement that was the birth of the doctoral education of clinical psychologists. We five students in the 1946 Duke VA program were aware that we were at the start of something important to psychology as a profession.

In 1946 Duke was on the forefront of institutions training professionals in a field that did not yet quite exist. I was a beneficiary of Duke’s forward-looking status. I was lucky to be the 199th or 200th enrollee in the V.A. program in 1946 and I was lucky to be at Duke.  I am proud that Duke continues to be a leader in the field of psychology and brain science today! Please feel free to contact me via e-mail at  mandmroseman@comcast.net 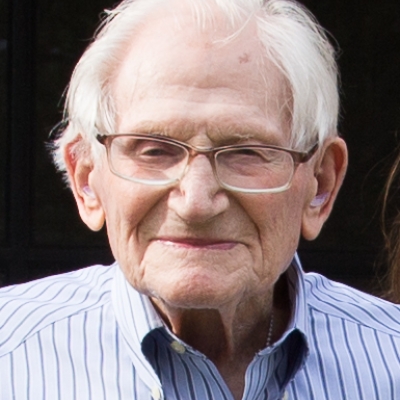