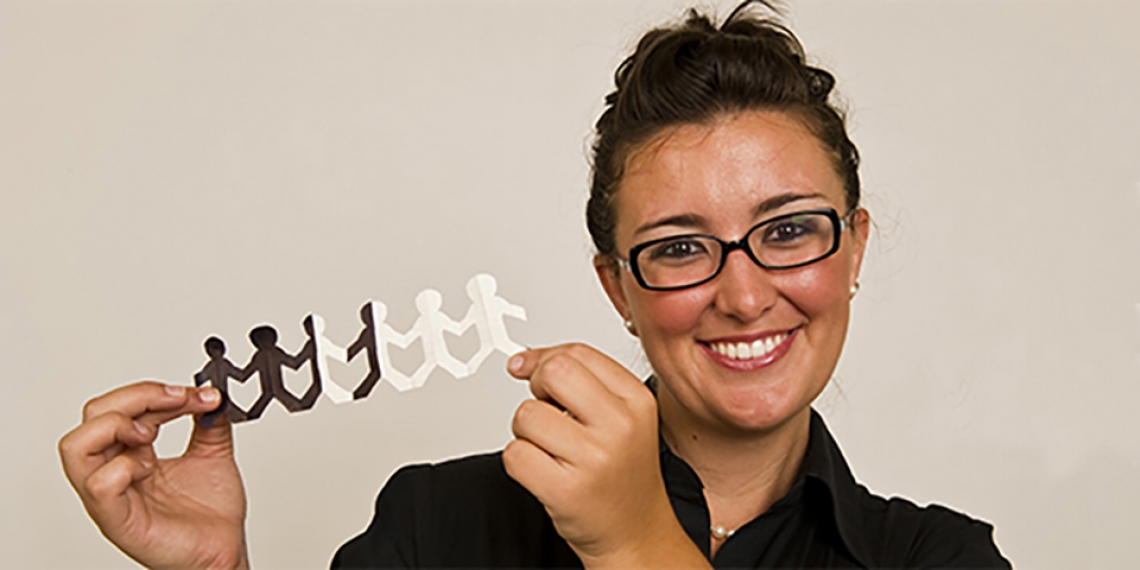 Research in social psychology includes work on attitudes, the self, self-regulation, social motivation, emotion, stereotyping, gender, interpersonal relationships, and the link between personality and social behavior.

In addition to P&N requirements, Students in the social program must complete the following requirements:

One of the following:

Although each student fashions a program of study to meet his or her educational objectives, a typical student's schedule of coursework and research might be as follows:

This sample assumes that one of the courses for the secondary area of emphasis overlaps with another requirement.

NOTE: Our program has made the GRE General Test optional for admission to the fall 2023 class. You may submit scores if you have them, and they will be considered by the admissions committee. Applications without GRE scores will be given equal consideration.

Faculty from other areas of P&N or other departments may be involved in some way in graduate student training. However, only the following faculty will be reviewing applications to admit Ph.D. students directly to this training program for Fall 2023:

If you wish to be in the Social area but your desired mentor does not appear on this list, please contact the area head Rick Hoyle to discuss your application.

Duke has a long and distinguished history as a center for research and training in social psychology.

The Department of Psychology was founded by William MacDougall, who is widely acknowledged as having written the first American textbook in social psychology (MacDougall, 1908). MacDougall predicated his social psychology on theories of instinct, need, and sentiment as the formative properties of human social behavior. While instinct theory itself has proven to provide only a limited perspective on the complexity of social behavior, thought, and emotion, MacDougall's legacy to the field and to Duke was his firm belief that even the most complex mysteries of "social nature" were knowable through inventive theory building and systematic inquiry. We continue to share MacDougall's faith in the science of social psychology and strive to share that enthusiasm for inquiry with our students. Between MacDougall and our present emphases in social psychology, some compelling and significant milestones in the development of social psychology as a discipline emanated from the distinguished faculty scholars and superb graduate students at Duke University.

In the late 1950's and the late 1970's, under the creative stewardship of Edward E. Jones and Jack W. Brehm, Duke became a major wellspring of contemporary models of thought and research in social psychology. Ned Jones and Jack Brehm were almost perfectly complementary in the focus of their scholarship. Ned was a prime mover of the meteoric growth of the social-cognitive perspectives in social psychology with his prodigious research and theory building in attribution theory and ingratiation theory. Jack was a major force in theories relating to the motivational properties driving social behavior. In particular his extensive work expanding cognitive dissonance theory and his creative proposal of reactance theory as a major determinant of choice and attitude are most noteworthy. Along with these two important scholars, the Duke social psychology program was fortunate to attract some of the finest young assistant professors and occasional postdoctoral students to join Ned and Jack in the program. However, Duke's greatest legacy of this fecund era was the superb graduate students it placed in the field. Many have become major contributors to the growth of social psychology as a discipline over the past 30+ years.