Erasing the Stigma of Mental Illness 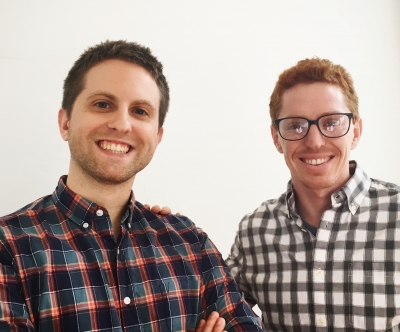 Sooner or later, almost everyone has an experience that could be diagnosed as a mental disorder. That’s the take-home message from a new feature article P&N graduate students Aaron Reuben and Jonathan Schaefer recently wrote  for Scientific American. Their article, based on Schaefer’s research in the Moffitt and Caspi Lab, makes a strong argument against the stigma of mental illness, suggesting that psychological disorders are a very routine part of the human experience.

Reuben and Schaefer are both clinical graduate students working with P&N professors, Dr. Terrie Moffitt and Dr. Avshalom Capsi. Their research, in the Dunedin Multidisciplinary Health and Development Study, suggests that mental disorders may be far more common than expected. The Dunedin Study has followed a population-representative cohort of about 1000 New Zealanders since the early 1970s, conducting in-person interviews assessing them for a variety of common mental disorders every few years.

In his recent paper, published this year in the Journal of Abnormal Psychology, Schaefer used diagnostic data aggregated across six mental health assessments to determine how many Dunedin Study members made it from age 11 (the age of the first mental health assessment) to age 38 (the age of the most recent assessment) without ever being diagnosed with a mental disorder by research staff. Surprisingly, they found that only 17% of Study members failed to meet criteria for one or more common mental disorders across all six assessment waves. Schaefer said that "this pattern suggests that the 'typical' human experience is one characterized by at least one brush with a diagnosable disorder, and that those who avoid these conditions entirely—people with enduring mental health—are actually quite rare.”

One implication of these research findings, according to Reuben, “is that society as a whole would really benefit from more routine screening for mental health concerns. The newest research tells us that most people could see some benefit from treatment for psychological issues at some point in their lives.

"I was really happy to see this article published," said Schaefer, "but when scientists and clinicians use the word 'abnormal', I think they really need to emphasize that 'normality' refers to the absence of a diagnosable disturbance in emotional or behavioral functioning at the present time—not across the life course." Regarding screening and treatment, Schaefer agrees with Reuben. "We need to start thinking about seeing a mental health professional for a check-up as just as 'normal' as seeing your doctor."

Psychology & Neuroscience Professor Avshalom Caspi said that "this article is a nice illustration of how graduate students can reach out to the public and explain the research that we do in P&N. We are pretty proud of what Jon and Aaron have done with this article."

Aaron Reuben is a clinical psychology PhD student in the Moffitt & Capsi lab who is interested in the role of the physical environment in modulating mental health and the pace of aging in adults and elderly populations. He is a former study coordinator for Columbia University's Taub Institute for Research on Alzheimer's Disease and the Aging Brain, policy researcher at the Yale Center for Environmental Law & Policy, and environmental policy intern at the White House Council on Environmental Quality.  Aaron believes in making psychological and public health science accessible to the public through compelling science journalism.

Jonathan Schaefer is a clinical psychology PhD student who joined the Moffitt & Caspi lab after receiving a BA in Psychology with Highest Honors from Swarthmore College and completing a two-year position as a postbaccalaureate research fellow at the National Institute of Mental Health in Bethesda, MD. Jon's primary research interest lies in understanding how individual differences in susceptibility to mental illness interact with adverse life events to produce psychopathology. He hopes to combat the stigma of mental illness by increasing public awareness of the ubiquity of these conditions.